Previously I only had the simultaneous style (see below), but after doing some initial play testing, I’ve realized it can be quite nerve racking at times (and exciting at times also) to try and keep up with and this might not be something all players would enjoy.

So I’ve introduced a new style that slows things down to more like the older turn-based games. This provides options to players allowing them to choose for themselves which style they prefer.

I’m currently still undecided if we want to lock that choice into an entire adventure or if we should allow them to change mid-game at any time; although I’m leaning toward locking it in.

If after further testing we find one style is strongly preferred (or problematic) over another we might drop support for both, but at this time it is planned on keeping both available to the player to choose from.

The differences between them:

Sequential Turn-Based:
This displays each combatants turn one at a time sequentially allowing the player to spend additional time watching what their enemy moves are and then deciding how to react to them.

All combatant turns are added to a queue, but the next attack/turn of the queue is not obtained until the previous turn has completely finished.

Below is a quick video showing a full combat using the sequential turn based style: 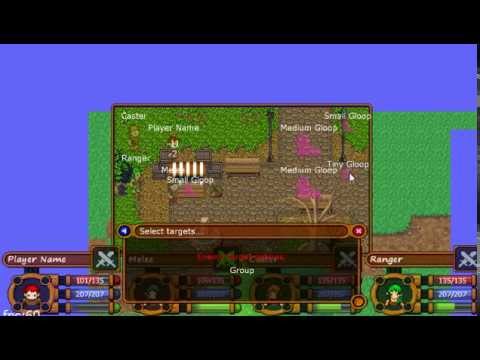 Simultaneous Turn-Based:
This still maintains a turn-based order in the sense that everyone is stored in a queue and then that queue is checked constantly to see who can go next. The difference here is that in this case, instead of waiting for each previous turn to end, we check the availability of the next combatant in the queue and if they are able to take their turn, they’re allowed to run at the same time.

The basic rule of thumb is: The only time a combatant cannot take their turn right away is when they are a target of someone else and that turn is still active.

If the next combatant attack/turn in the queue is a not target of anyone else from the previous turns, then that combatant is allowed to take their turn at the same time as the others.

However, if that combatant is a target of a previous turn and that turn has not yet completed, the queue does not advance down the list and will continue to wait until that combatant is allowed to take their turn. This allows us to maintain the “turns” in their proper order, but also allow provide the simultaneous effect at the same time.

The “simultaneous turns” display resulting sometimes in “gang attacks” from both party and monsters. This means the player typically has less time to spend making decisions as to how to react to monsters attacks due to them potentially occurring at the same time.

Here is a video showing a full combat using the simultaneous turn based style: 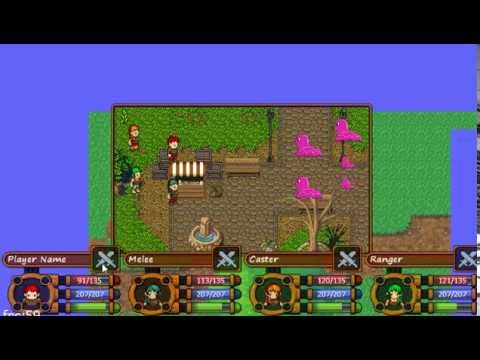