Time to show off some more features.

Up until now, our effects (internally) have had these features, however, their representation on the screen itself was not yet introduced. This week I’ve introduced enhanced animations for those effects !

I’ve created the following spells to show off the majority of the new animation displays:

Effect: Sandblast
Recurring: Once every 3 turns
Duration: Lasts 6 turns then is removed.
Features: Applies to each target separately and displays animation only upon triggering.

Effect: Poison Cloud
Recurring: Once every 3 turns
Duration: Lasts 6 turns then is removed.
Features: Applies to each target separately and shows a continual animation.

Effect: Delayed Blast Fireball
Recurring: None
Duration: None
Delayed: 3 turns must pass before it is triggered.
Features: Applies to each target separately one time only.

Effect: Firewall
Recurring: Once every 2 seconds. No turns required.
Duration: Lasts 6 seconds then is removed.
Features: Applies as an area effect and is not attached to any target.

Here’s a demo video showing off the new spells and animations ! 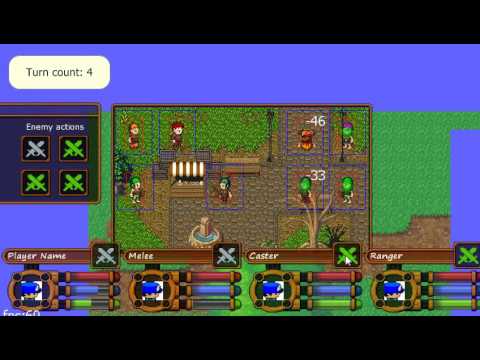