Running away from combat

I realized, for whatever reason, I never got around to actually implementing the ability to run away from the fight. I made the button for it, but that was it !

So, today I give you: Running Away ! 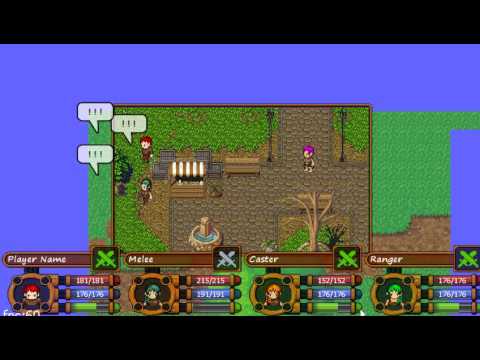 Running away from combat

Showing off our lame winners dance!

Just for kicks and giggles, I added in a winners dance for the player party should they win a battle. Obviously this will be updated later 🙂 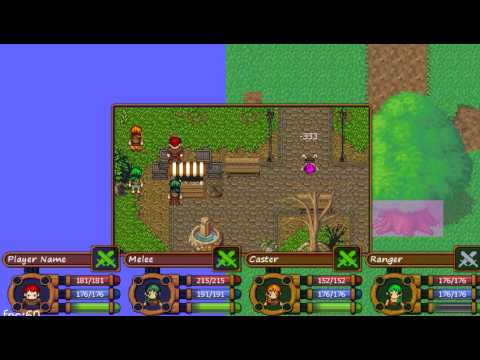 Showing off my lame winners dance

Amusing myself late at night…

So, late last night I was doing some testing and was using my new “Gloop”. His death animation is actually only a single frame like the others (I am planning on real one’s, really!), however, when combined with the weapon “slash” it actually looks like I blow his head off.

I found it amusing, likely due to being up too late I think 🙂

(I didn’t make the original “gloop” artwork, but I’ve forgotten where I found it. If anyone knows, please let me know!) 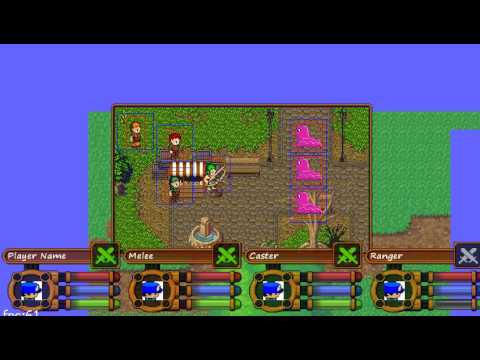 Heading down the wrong path, then realizing it…

Even start with what you think is a great idea, spend a good portion of time on it, then realize “wow, this sucks”….then delete it and start over?

Did that today, the finished version of the idea ended up being much cleaner, but wow, that first cut…how embarrassing !

I was trying to implement the ability to “attach” triggers to a target using spells. Previously it has only been possible through direct methods such as equipment. At first I thought it was going to be simple so I started down the path. After a few changes things started to not feel write. After a while longer, things just got worse !

So, took a short break, ran some errands, actually did some “real” work for a bit and cleared my head. Then it came to me !

So I deleted all the previous code and within less than an hour I had it all working.

Odd how sometimes things can work out, even if you start off on the wrong foot…

Recently I had introduced a way to manipulate a “binary” version of the game in order to allow for testers to use various parts without requiring builds.

Today I expanded on that a bit more and created an on-screen debugging window that provides some of the optional fields from the debugging configuration mentioned above. Not all options will be available, but I will expand on this further as needed.

The biggest feature of this however is the ability to be able to use the enemy combatants like you can with playable combatants. Using the same action windows etc. This should help with testing of their AI and custom spells, features etc.

Over the last few days I’ve been looking into graphic options for sprites that would allow me to make far more custom animations for battles. I came across some software that allows you to make animations with body parts of character you want. 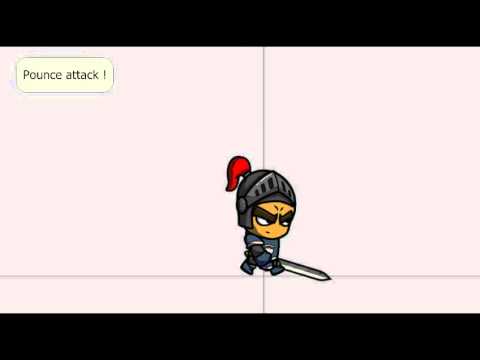 Counter-attacked by my own code…

Well, what I thought was going to be a “quick and easy” implementation of the new combat sequences after the first couple days going so well has turned into a nightmare of timing and animation issues. On a good note, I’m getting really close to getting things back into order.

I sped up the animations and movement speeds today, it might be a bit too fast, although at least entertaining after such a long haul !

I’ve wrapped up the majority of the new combat sequencing, created a new path making algorithm and now have our little friends running all over the screen attacking each other !

Still need to tidy a few things up, like better positions once they reach their target and I have a small problem with counter-attacks that I need to look into 🙂

Did some code reorganizing and clean up yesterday after the long haul of the combat sequence update. Nothing mechanical changed, just made additional performance improvements.

Going to work on defensive mechanics today and the animations that will go along with them. With luck, the new combat sequencing should allow for some interesting visual representations of defensive movements.

So after my initial changes to the combat sequencing, I introduced an entire new set of timing issues sadly. Spent most of today cleaning it all up and I believe now it is in great shape. I want to make a few more visual additions to really show it off then I’ll make a quick video for it.

So in an effort to better support our “reactions”, I had to make some changes to the combat sequence engine used to display the characters on the screen itself.

Everything was going pretty good, ugly code (at the time), but working; with one exception…

When it came time for someone to die, they’d flop over, THEN you’d see the damage effects and numbers go off. A very obvious delay too !

Fixed it of course, but was entertaining at 2am!

After convincing myself that the combat sequences were “off”, I spent the evening “enhancing” them. After many hours I did a comparison test…

They were exactly the same in behaviour, just more complicated code…